For an optimal experience on our site, please use Chrome, Safari, or Firefox. Certain features may not be supported in your version of Internet Explorer.

CMV is the abbreviation for cytomegalovirus. Exposure to this virus is quite common; about 50 to 85% of people test positive for CMV in the U.S. An initial infection manifests as a mild cold, and symptoms related to this infection resolve quickly. Many people who acquire CMV were never symptomatic and most people do not know whether they have ever been infected.

How do people contract CMV?

CMV is passed from infected people to others through bodily fluids. It can also be transmitted through transplanted organs, blood transfusions, and through sexual contact. Individuals are   most likely to be exposed to the virus through contact with a person who has an active (recent) CMV infection. The actively infected person is highly contagious while the virus is in the system.  Eventually, one’s immune system controls the infection and viral levels go down dramatically. This person is now said to have a “remote” (or inactive) infection and is considered completely recovered. A person with a un-compromised  immune system is unlikely to get CMV from a previously infected individual.

What is the significance of CMV and pregnancy?

CMV does not usually cause problems in healthy people, but it can be dangerous to a developing fetus if a previously unexposed (CMV negative) mother becomes infected with the virus while pregnant. The virus will not harm most babies in this circumstance, but a small number suffer developmental abnormalities such as hearing loss and mental retardation.

How does a sperm bank test sperm donors/sperm client depositors for CMV?

Because CMV may be transmitted in fluids like semen, there is also a  risk that one could transmit this virus to a CMV negative woman through a procedure like an intrauterine insemination, however, this risk only occurs if the semen donor was actively ill with CMV at the time of sperm donation. For this reason, the FDA mandates the screening of anonymous and directed semen donors for CMV status. A man who is currently actively infected with CMV is not eligible to donate.

How do you interpret CMV status test results?﻿

CMV status is determined based on a blood test. The initial screening test is a “total antibody test”. Anybody who has ever been infected with CMV will have a positive total antibody test. If positive, we test further to detect if antibodies are elevated. If the infection is recent / active, the IgM antibody level will be elevated.

People who are CMV Total positive, IgM negative are considered immunized, and not actively infectious. The FDA allows people with such profiles to donate semen for procreative use either as anonymous or directed donors. Procreation through use of a surrogate is considered a direct donation.

On occasion, we augment the antibody test by screening the urine for shedding of CMV nucleic acid with a PCR test. This test may be useful to differentiate active infection from remote infection in the rare circumstance that IgM antibodies are detectable long after the acute phase.

NW  Cryobank provides you and your physician with results of the total antibody screening test and the specific test IgM so that you can discuss the findings with your doctor.

Can a woman use a CMV positive sperm donor if she’s CMV negative?

According to published literature, the risk of acquiring CMV from a healthy man with a history of a remote CMV infection is very low. The risk is further lowered if you use washed sperm (IUI vials). This is because the method used to prepare IUI vials significantly reduces the presence of white blood cells, the cells that are most likely to harbor the virus. Women who are undergoing IVF would empirically have an even lower risk of acquiring CMV. This is nevertheless a decision that you should make after speaking to your physician. 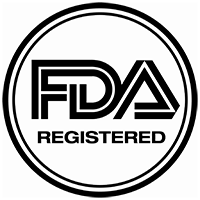 Please note: Login and registration will be unavailable on 7/14 - 7/15 from approximately 10:00 pm - 3:00 am Pacific Time due to scheduled maintenance. We apologize for the inconvenience.View Donors
+